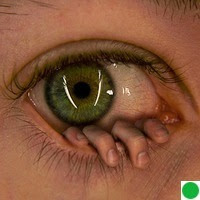 Bill Bryson is one of my favorite writers.

I found this extract in my journal for 2004. At the time I was reading Bryson's A Short History of Everything. Bryson was relating the story of a fellow called Midgely who was a great inventor who was possibly the most dangerous scientist/technologist of the 20th century. His first achievement was to add lead to petrol. It stopped engines from knocking, but killed hundreds. As Bryson observes, the removal of lead from all petrol was legislated in America in 1986.
Almost immediately lead levels in the blood of Americans fell by 80 per cent. But because lead is forever, Americans today have about 625 times more lead in their blood than people did a century ago.

Midgley’s other great contribution – as Bryson points out, Midgely's “instinct for the regrettable that was almost uncanny” – was the inventions of chlorofluorocarbons, which have done enormous damage to the ozone layer, thus ushering in an era of global warming that could compromise the planet’s capacity to sustain life.

Bryson on the quantum world is no less fascinating. He has this to say about the size of atoms:
Half a million of them lined up shoulder to shoulder could hide behind a human hair. On such a scale an individual atom is essentially impossible to imagine, but we can try of course.
Start with a millimetres, which is a line this long: -

Now imagine that line divided into a thousand pieces with equal widths. Each of these widths is a micron. This is the scale of micro-organisms. A typical paramecium, for instance – a tiny single-celled, freshwater creature – is about 2 microns wide, .0002 millimetres, which is really very small. If you want to see with your naked eye a paramecium swimming in a drop of water, you would have to enlarge the drop until it was twelve metres across. However, if you wanted to see the atoms in the same drop, you would have to make the drop 24 kilometres across.

… That’s the scale of an atom: one ten-millionth of a millimetre.

Add to that observation the fact that atoms are composed largely of empty space – that the nucleus of an atom is equivalent in size to a pea in a huge cathedral (or, to use the other analogy I picked up somewhere: the size of an orange, suspended in a cube that is 60 kilometres in each dimension). Atoms are, in fact, a whole lot of nothing; they are composed largely of empty space. How do “we” know this? When scientists fired particles at a sheet of foil, most went straight through, but some bounced back.
Bryson also refers to Sagan, another of my favourite science writers:

Carl Sagan in Cosmos raised the possibility that if you travelled downwards into an electron, you might find that it consisted of a universe of its own, recalling those science fiction stories of the 1950s. ‘Within it, organised into the local equivalents of galaxies and smaller structures, which are themselves universes at the next level and so on forever – and infinite downward regression, universes within universes, endlessly. And upward as well.’

For most of us it is a world that surpasses understanding.

And yet? And, so? Where does leave us? What does that mean for meaning? What is the point of our consciousness, of our knowing these things are possible? Would we be better off without our cerebral cortex, living our lives as dogs live theirs, driven solely by various drives – to eat, to procreate, to bury bones to make them more edible…? And if all this is possible – if this world of quarks and such is at least possible, even likely, why not reincarnation, past life regressions, crystals that change the vibes?

The 21st century is the century of doubt, like most of the 20th century.
Posted by Barry Carozzi at 2:39 AM