79. These are a few of my Favorite Things 2 William McGonnagall 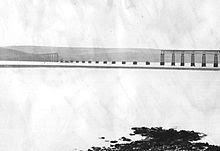 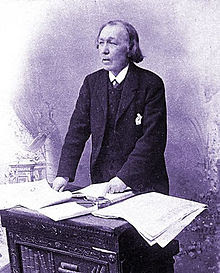 The fumes of gas: McGonagall’s Legacy
A Primer in the writing of bad verse
Based on the inestimable work of William McGonagall – Poet and Tragedian
© Barry Carozzi, 2007


My copy of The Railway Bridge of the Silvery Tay, a collection of the poetic gems of William McGonagall, has a gold and red tartan cover. It has seen better days. It was published by Sphere in 1972. These days the edges of the pages have faded to a dun yellowy-brown.

The back cover blurb tells the reader that McGonagall was born in Dundee, in Scotland, in 1830, and goes on to say:

During his lifetime he wrote hundreds of poems – unanimously reckoned the worst poetry ever published! Nonetheless, McGonagall is widely read, his immortally execrable verse enjoyed by thousands of devotees.

I’m one. Spike Milligan was another. Since they were first published McGonagall’s poems have rarely been out of print. Google “McGonagall” and you’ll find thousands of entries; collections of most of his published poems are there for the reading.

Why is McGonagall’s poetry so popular? And why is it universally regarded as being so terrible?

Perhaps the following will help to answer both questions. The poem below comes from the conclusion of McGonagall’s ‘Brief Autobiography’ – which includes an account of how McGonagall tramped from Dundee to Edinburgh in order to offer himself as Poet Laureate to Queen Victoria.

I earnestly hope the inhabitants of the beautiful city of Dundee
Will appreciate this little volume got up by me
And when they read its pages, I hope it will fill their hearts with delight,
While seated around the fireside on a cold winter’s night;
And some of them, no doubt, will let a silent tear fall
In dear remembrance of
WILLIAM MCGONAGALL

Where do we begin? McGonagall’s rhymes fall into two categories: they are either highly predictable – for example: delight / night, Dundee / me - or they are overly contrived: for example, a silent tear fall / William McGonagall.

Contrived rhymes of this kind can be used, of course, for comic effect; Byron creates quite a few in his epic poem Don Juan, my favourite of which is the following:

Now all ye lords of ladies intellectual,
Tell us the truth now – have they not hen-pecked you all?

In this case, the writer intends to make us groan; with McGonagall, his intent is serious – which is why it’s so funny.
Another feature of McGonagall’s rhyming schemes is best demomnstrated through an example. His poem, THE DEATH OF FRED MARSDEN THE AMERICAN PLAYWRIGHT, begins with the following quatrain:

A pathetic tragedy I will relate
Concerning poor Fred Marsden’s fate
Who suffocated himself by the fumes of gas,
On the 18th of May, and in the year of 1888, alas!

The only apparent reason for including the word ‘alas!” is in order to complete a rhyme with ‘gas’– it has no other function beyond that. And that is not a sufficient reason to include it.


Using the Mortein principle – ‘When you’re on a good thing …’ - he repeats this rhyme in the fourth stanza:

But when morning came his daughter said she smelled gas,
Then William, his servant, called loudly on him, but no answer, alas!

This is the other noteworthy feature of his rhyming: he repeats, both within poems, and across the range of his poems, the same terrible rhyme. Perhaps his favourite is Edinburgh / sorrow. In one of his best known and best loved poems, The Tay Bridge disaster, he writes:

That’s enough about rhyme; on to rhythm! Every now and then, McGonagall surprises you by producing a whole poem in which the rhyming scheme is consistent throughout; it both surprises and disappoints, so used do you become of the limping, shambling, uneven rhythms of the majority of his verse. Read his … I earnestly hope … piece aloud. It’s always promising to adopt a regular rhythm, but it rarely does.


The next outstanding feature of his poetry is the almost total lack of metaphor or simile; these rhetorical devices were not part of McGonagall’s repertoire, it seems. Throughout the collection, the language style is (almost) unerringly literal.

More of that in a moment. On the rare occasion when McGonagall ventures into the dark jungle of metaphor, he inevitably returns with a cliché of the most banal kind. The opening stanza of A Tale of the Sea goes:

A pathetic tale of the sea I will unfold
Enough to make one’s blood run cold
Concerning four fishermen cast adrift in a dory
As I’ve been told, I’ll relate the story

‘Twas on January 22, 1901, in the evening she died at 6 o’clock
Which to the civilised world has been a great shock

This commitment to the literal is equally evident in both his narrative pieces (which usually deal with his disasters of one kind or another) and in is ‘celebratory’ poems ( often paeons to people or places). The Disastrous Fire at Scarborough is an example of the former:

‘Twas in the year of 1898, and on the 8th of June,
a mother and six children met with a cruel doom,
in one of the most fearful fires for some years past –
and as the spectators gazed upon them they stood aghast.

The fire broke out in a hairdresser’s, in the town of Scarborough
And as the fire spread it filled the people’s hearts with sorrow;
But the police and the fire brigade were soon on the ground,
Then the hose and the reel were quickly sent around,

Oh! it was horrible to see the flames leaping up all around
While amongsth the spectators the silence was profound,
As they saw a man climb out to the parapet high,
Resolved to save his life, or in the attempt to die!


There are also the poorly chosen words and phrases. In the ‘Dedication’ above, he writes that he hopes the people of Dundee:

Will appreciate this little volume got up by me

The ‘got up’ grates, doesn’t it? (I need to be careful here. For a long time I thought Dickens was guilty of grammatical incorrectness when he had characters saying ‘Don’t he?’ instead of ‘Doesn’t he?’, only to find that ‘Don’t he?’ was regarded as a perfectly acceptable construction in the 19th century.)

For those unfamiliar with McGonagall, I’ll quote the final stanza of The Tay Bridge Disaster. By this stage of his writing career, the poet is in full swing, and we see his artistry in almost pure form:

It must have been a terrible sight,
To witness in the dusky moonlight,
While the Storm Fiend did laugh, and angry did bray,
Along the Railway Bridge of the Silv’ry Tay.
Oh! ill-fated Bridge of the Silv’ry Tay,
I must now include my lay
By telling the world fearlessly without the least dismay
That your central girders would not have given way,
At least many sensible men do say,
Had they been supported on each side by buttresses,
At least many sensible men confesses,
For the stronger we our houses do build,
The less chance we have of being killed.

The final two lines are worth noting; they are an example of something McGonagall manages to do with impressive regularity – he often concludes his poem with a moral injunction. They are his equivalent of the moral that comes at the end of a fable.

He concludes his epic poem, The Disastrous Fire at Scarborough, with the following:

Oh, Heaven! it is cruel to perish by fire,
Therefore let us be watchful before to our beds we retire,
And see that everything is in safe order before we fall asleep
And pray that God o’er us in the night watch will keep.

* Poor rhymes that draw attention to themselves because the poet has failed so dismally and so transparently in his attempt to (buttresses / confesses);

* Sentence construction mangled in order to serve the requirement of rhyme:

While the Storm Fiend did laugh, and angry did bray;

The fire broke out in a hairdresser’s, in the town of Scarborough
And as the fire spread it filled the people’s hearts with sorrow;

* Repetition that seems to serve no real purpose:

* A limping, staggering, slipping and sliding pattern of ir-rhythm;

While the Storm Fiend did laugh, and angry did bray,
Along the Railway Bridge of the Silv’ry Tay;

* The predominance of literal uses of language, and an almost unerring avoidance of metaphor and simile:

By telling the world fearlessly without the least dismay
That your central girders would not have given way,
At least many sensible men do say,
Had they been supported on each side by buttresses ;

* Banality clothed in the cloak of wisdom:

For the stronger we our houses do build,
The less chance we have of being killed.

This list of features constitutes a primer in ‘How to write very bad poetry’ – by courtesy of William McGonagall, Poet and Tragedian. One final piece of advice:

Choose your topic carefully. Deaths and other natural disasters and major accidents provide good starting points. Alternatively, choose a worthy person or place as the object of your poetic Muse. Then do as McGonagall did: allow the Muse to take over your being, and – Write! Write!


How do you do this?

Well, here’s McGonagall’s account of how he became a poet. It is extracted from ‘A Brief Autobiography’, which was ‘got up’ by him, and from which we could all learn a thing or three:

The most startling incident in my life was the time I discovered myself to be a poet., which was in the year 1877. During the Dundee holiday week, in the bright and balmy month of June, when trees and flowers were in full bloom, when lonely and sad in my room, I sat thinking about the thousands of people who were away by rail or steamboat, perhaps to the land of Burns, or poor ill-treated Tannahill, or to gaze upon the Trossachs in Rob Roy’s country, or elsewhere wherever their minds led them. Well, while pondering so, I seemed to feel as it were a strange kind of feeling stealing over me, and remained so for about five minutes. A flame, as Lord Byron has said, seemed to kindle my entire frame, along with a strong drive to write poetry; and I felt so happy that I was inclined to dance, then I began to pace backwards and forwards in the room, trying to shake off all thought of writing poetry; but the more I tried the more strong the sensation became. It was so strong, I imagined that a pen was in my right hand, and a voice crying, “Write! Write!” so I said to myself, ruminating, let me see; what shall I writer? Then all at once the bright idea struck me to write about my best friend, the Reverend George Gilfillan; in my opinion I could not have chosen a better subject, therefore I immediately found paper, pen, and ink, and set myself down to immortalise the great preacher, poet and orator.

 Uncommon/unusual sentence structure to serve the needs of rhyme
 Avoidance of metaphor and/or simile
 Use of literal language
 Unconvincing use of personification
 Regular use of cliché
 Melodramatic treatment of theme
 Sentimental treatment of emotion
 Banal moralism
 Repetition of lines within the poem, to no apparent artistic purpose

The Bad Verse Checklist should assist poets in producing poorly written poems, in much the same style as McGonagall. Whilst it’s unlikely that we can emulate the achievements of the acknowledges master of bad verse, we can but try.
I’ll end with McGonagall’s ‘Farewell Address’:

Fellow citizens of Dundee.
I must now bid farewell to ye.
For I am going to London far away.
But when I will return again I cannot say.